How do people assess a quality Airbnb? 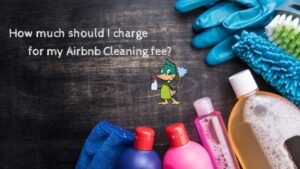 The pandemic is subsiding in several countries and tourism is picking up. In the United States traffic in the air and on the roads is at or exceeds pre-pandemic levels. One of the options that millions of guests will have is to book a stay at an Airbnb (except in the Outer Banks which is all booked up!). My most recent research with Tarik Dogru, Michel Laroche, Makarand Mody, and Courtney Seuss studied how guests assess those extra fees they have to pay. When an Airbnb has an extra fee for professional cleaning or a security deposit, it actually signals to guests that the host values cleaning and is willing to charge extra for it. We all hate extra fees but if you had to assess two different Airbnb’s with everything is being equal (including price) which AIrbnb do you think is cleaner? The one that has an extra-cleaning fee or the one that doesn’t, which would you choose? Our findings revealed that consumers prefer the one that has the extra cleaning fee. In short, we hate the fee but it signals quality. Communication quality while evoking loss – final proof – Tourism Management 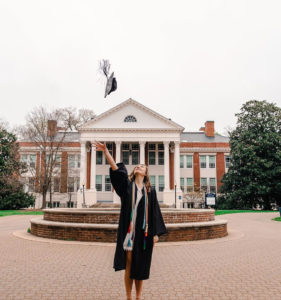 This past commencement I was awarded the Mary Pinschmidt Award by the Senior Class of 2021. The award was established in 1999 in honor of a long-time professor of biology and recognizes the faculty member who seniors select as the person they will most likely remember as the one who had the greatest impact on their lives. I am truly honored and humbled to have received this award. It’s been a strange four years, the strangest four year period that any of us can remember and I was just trying to get through it as best as I could. Personally, I’m not a big fan of individual awards because there’s very little that is solely due to one individual. What people don’t realize is all the people that make it possible to do the work that you do. Our Dean, Ken Machande, deserves a lot of credit for humoring my teaching and research endeavors. As does Gwen Hale who leads by example when demonstrating how to work with students. I would be remiss if I didn’t give just a bit of credit to Professor Rycroft who drags me to teaching seminars and is always available to bounce ideas off of, even at the sprite young age of 145. Lastly, all the students I’ve had really make it easy to do your best. Many years ago now I had to think of what kind of institution I wanted to be a part of, a large one with hundreds of students that was more status seeking or a more personable institution. I’ve never doubted my decision.

A great class in a chaotic semester

Grades are in a mere 15 hours before the deadline. Nine commencements in four days certainly delayed them, even as those in-person commencements for the class of 2020 and 2021 were a spectacular culmination to a remarkable year. But the fact that my students did great work this semester made the grading process not just easier, but deeply enjoyable.

And it’s not just because one of the students described the class in this way: “its environment harkened to a long-standing ideal that Alanis Morissette put into words in my favorite song, ‘Utopia.’”

Or that one noted, “I felt like everyone had a voice in the discussions.”

The appreciation for the digital projects assignments and syllabus that we designed together and the interdisciplinary approach we took to the class we created together, all worked better than I had hoped.  And selfishly, the discussions, and the creativity, and the exploration of the history of information, communication, and technology with engaged and involved students…well, I needed that at least as much as they did, and I’m grateful to have had the chance.

Grateful that teaching continues to be part of my daily existence.

Are customers doing more to support small businesses during the Covid-19 pandemic? 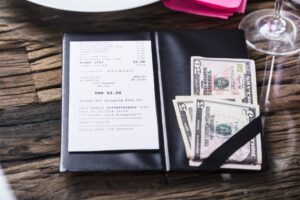 The quick answer, yes and no. First the bad news, they are often restricted from purchasing more. If I wanted to patronize my local movie theater or my favorite restaurant more I’m restricted from doing so – that’s not good. However, the good news. My work with Dave Kolar and Michel Laroche found that when consumers were able to patronize the business they gave more than they needed to. They gave in the form of tips. Consumers of a local independent coffee shop were tipping more than they did prior to the pandemic and in the case of an independent movie theater they tipped the staff (usually after coming in to only purchase popcorn) even though they rarely did so before the pandemic. What does this mean for small businesses? Keep the consumer interaction if you can (in a safe way). If consumers can interact with an employee they are more likely to tip now more than ever. It doesn’t offset the losses the small businesses are suffering but it helps. Support for small business during a health crisis – JSR – 2021

The post Are customers doing more to support small businesses during the Covid-19 pandemic? appeared first on Kashef Majid's Website. 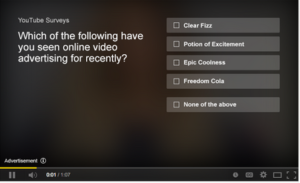 Great infographic on all the ways you can target on Facebook 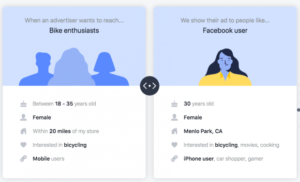 I was doing some research on Facebook targeting and found this wonderful infographic on all the ways you can target via Facebook. This is a great resource when conducting split testing for your campaign. https://www.wordstream.com/blog/ws/2016/06/27/facebook-ad-targeting-options-infographic