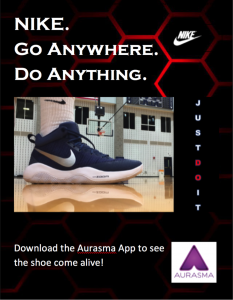 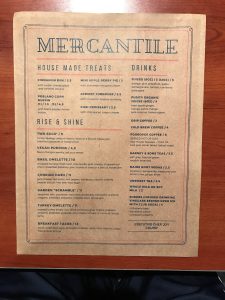 This past fall students in Marketing 301 (Principles of Marketing) completed their augmented reality projects.  The challenge was to use AR to its full benefit above and beyond a simple ad or a QR code.  Anybody can scan a QR code and be taken to a video or a website, the challenge with AR is to use it in order to enhance a trigger image.  I’ve posted two ads that did a great job at just that, to view the ads you’ll need to follow these instructions.

My College Football Picks and Predictions

A wild college football regular season just completed, and if the bowl season is anything like it, we are in for a treat. The first bowl game is set for December 15th between Gambling (who??) and North Carolina A&T. Here are my biggest questions heading into the bowl games.

Can any of the games no one cares about become worth watching?

Every year there are about ten bowl games that are between schools you’ve never heard of, or teams that barely have a .500 record. Can any of these games become interesting enough to make people actually watch?

All season these have the deepest and most talented conferences. I’m interested in seeing which does the best in the bowl games. The ACC leads all conferences with 10 teams playing in bowls, but the SEC has two in the College Football Playoff, and the Big 10 has none. The bowl season this year will help us determine which conference really was the best this season.

Which team will win the National Championship?

This years four teams seem to be the most evenly matched since the start of the College Football Playoff. Clemson, Oklahoma, and Clemson all won their conferences, and the last team to make it in was Alabama…. who has been the most dominant team in the country for the last 5+ years. I think the defending National Champions (Clemson) and the Heisman winner (Baker Mayfield/Oklahoma) will face in this years Championship with Oklahoma coming out on top.

Here’s a look at my full picks:

is one of the most popular newspapers in the northern Virginia area, being that I am from that area I have been around the Post for my entire life. My father gets the Post delivered to our house daily, and he even has an online subscription so he can read the articles that are posted to the website. Fun fact my younger sister Zoe Belodeau was featured in The Washington Post in 2017 when she was named the All-Met Women’s Lacrosse Player of The Year, I will post a link to the article that was written about her. As far as sports blogs go, The Washington Post is my favorite. The Post always has the most up to date information about Washington sports, they also write about high school sports teams in the D.C. metro area.

Link to The Washington Post article about my sister Zoe Belodeau

SB Nation DC is a sports blog that is dedicated only to news about Washington sports, every single post on this website relates to content about Washington. This blog is one of my most visited websites, there are so many posts relating to teams that I follow that I find myself reading articles on the website for hours. Another cool thing about this blog is that it allows anyone to create a post, websites like The Washington Post only allow staff members to post, and everything has to be approved by an editor. But SB Nation DC allows anyone to write about Washington sports and your article does not need to be approved by an editor, which gives users the freedom to speak their mind and give their opinions about Washington.

Timeline of My Final Project

When coming up with an idea for my final project, it actually took me awhile to come up with something that I truly wanted to do. I knew I wanted to do something along the lines of animation because I really enjoyed it the first time we did it, but coming up with a storyline for my video was what I was having a hard time with. My friend ended up giving me the idea to do a little superhero scene with a “bad guy” and the “hero.” So, the day before I started actually working on the project, the idea was given to me.

This time around, I decided I’d use flash cards rather than post-it notes. For our previous animation project, I just felt like the post-its didn’t give me much room for an actual scene, which is why my first animation project is relatively simple (until I remember it took me about 7 hours to create a 4 second video).

Here’s a timeline of the steps I took throughout the process of completing my final project. I was pretty good about splitting the work up so that I wouldn’t be doing too much drawing in one day, but when it came down to scanning my drawings into the computer, I kept putting it off, because I knew how tedious and annoying it was the first time around.

Day 1: Planning
I honestly do think I took me about 2 hours of planning when I was trying to come up with this project. I ended up making some very rough sketches in a notebook to kind of get a better idea of where I was going with this. Unfortunately, I was originally way too ambitious with the drawing of the “bad guy” in my story. In the final version, he’s not as detailed and cool looking.

Days 2-5: Drawing
For days 2-5, I spent about an hour drawing roughly 14 flash cards a day. It doesn’t seem like drawing 14 a day would take an hour, but I had the bright idea to trace over the pencil in sharpie so that the lines were more defined and showed up better when scanning them into the computer. I mainly did this because flash cards are thicker than post-it notes, so if the lines were darker, tracing each card using a light board was a little easier. Here’s a picture of me being a little less than halfway done:

Day 6: Scanning
When scanning each individual card into the computer, it took me about 2 hours. Since I was originally going to have about 80 cards, representing 80 different scenes, I anticipated it taking a lot longer to scan than it actually did. About halfway through the project (and after drawing out and tracing over about 30 cards), I realized I was being way too ambitious. Once I realized 80 was probably an over kill, I just decided to double the amount of cards from the previous animation project I did. That means I scanned roughly 60 cards into the computer between about 9:15pm and 11:15pm on December 11th.

Day 7: Editing the Video & Uploading It
When I finally made it to the editing process, I was stoked because this is my favorite part of animation projects, and it’s specifically why I chose this to do as my final. This took up about 2 hours of my time because I’m really picky when it comes to the sound and titles and all that. Since I’ve been so busy with other finals, I ended up having to wake up at 5:30 the day of my final presentation and complete the video, along with this blog post. Luckily, I was able to complete it with plenty of time to spare!

Now that it’s all said and done, I really enjoyed creating this project. It’s so crazy that about 15 hours of work goes into making a short, 10-second video, but I think it was worth it because I like how mine turned out. If I could go back and change a few things, I would probably be a little less ambitious right off the bat. I think that was huge downfall because I had such high hopes for this project, but with time and all my other finals I had to study for and work on, I just didn’t have the time. I think I would have also managed my time better so that I didn’t have to cram the final blog post and editing into the morning of, but like I said, I’m pretty happy with how my project turned out.