Pipilotti Rist was born and raised in Switerzland. She’s a digital artist that focuses on work such as video, film, and moving imagines. Through her work, she demonstrates the feminist movement and the empowerment of women and their bodies. 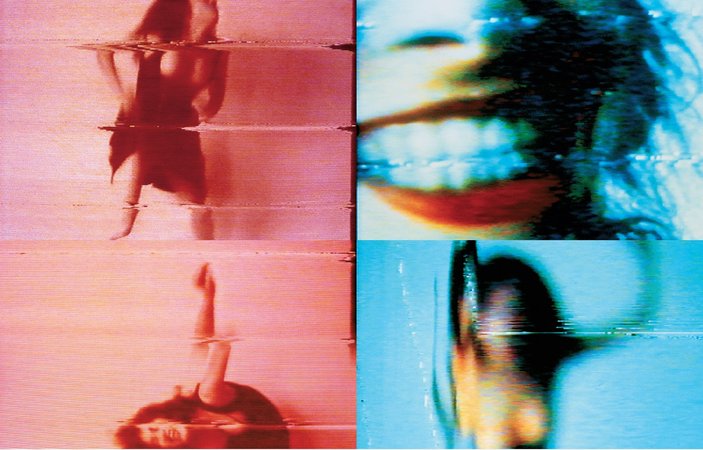 A still from her work, “Open My Glade,” which was broad casted throughout Times Square in NYC in 2000. A picture of her exhibit in The Museum of Fine Arts in Houston, Texas called “Pixel Forest.”

I truly think Rist’s artwork is extremely inspiring. While some of it tends to be on the “creepy” and “unsettling” side, I love the underlying theme of feminism and the empowerment of women. I also think it’s super cool that she’s featured all over the world, including having one of her pieces played throughout Times Square in NYC. I featured the first two pieces of art on my blog because they are some of my favorites, and they are her most famous pieces. I added the final one because when going through her work on her website, this was the most eye catching piece. I think the colors and the whole idea is really pretty and fascinating. I makes me want to walk through it and experience it first hand, rather than just looking at pictures of it. While a lot of Rist’s work leans toward making the viewer uneasy, I really appreciate what she creates and I liked most of her work!

Also we had to complete 6 stars from the assignment bank this week! I chose two assignments, create your own room which was 4 1/2 stars and Google Draw something which was worth 1 1/2 stars! Both of these were super easy and also fun which was a nice break from the intense effort and slight stress from creating our radio show!

Create Your Own Room

Then I also completed the three daily creates that somehow connected into a story! This was so cool because when I was completing a daily create instead of doing something super random I had to think of a way to tie it into my previous one.

First one: Sticky Note Motivation for a Stranger

They all connected because they are kind of my plan for the future! Stay motivated, graduate, and then live life in the future with all the advanced technology that I see coming!

Lastly, I completed the web storytelling assignment. Once again I was intimidated by the idea of this assignment, how am I suppose to alter a website already created? I was so confused, but this class always pushes me out of my comfort zone and I did it!

And as always a few comments from me!

Wow its hard to draw with a mouse pad

Finding Meaning Within Myself