Why we can’t ignore digital identities

I love this phenomenon that is social media.  It’s a means by which information can travel quickly and with little cost, even if you’ve never uploaded a picture to Facebook or Instragram, retweeted, had a snapchat, or let anybody know that just dumped ice-water on your head you still have a digital identity.  Take this guy, nobody knows his name, he’s not volunteering that info but he’s been given a digital identity and a nasty one.  Even if you’re offline, your identity isn’t and that matters because it’s something you can’t change by moving or simply changing your appearance.  Take a look, this may be your chance to see a real life “leprechaun”. 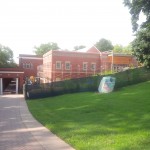 The fall school semester is about a month away and construction on Woodard Hall (the new home of the College of Business) is coming along pretty well.  We’re scheduled to move in during December and classes should be taking place in January.  I took brief tour with Dean Richardson and Associate Dean Machande and attached some of the pictures below. 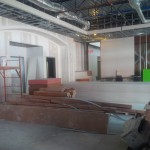 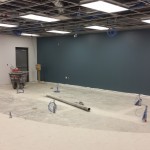 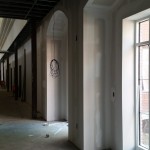 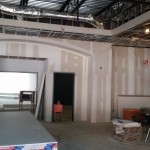 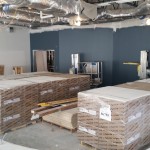 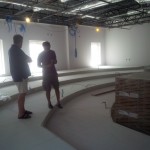