Yes, I’m prepping for fall. But I’m also already thinking about a second go at my cinema course next spring, along with fellow traveller Jim Groom, who recently blogged about our foray into GIFs with that class.

For films, I’m seriously thinking of dropping Jia Zhangke’s “The World” this time around, along with previously screened “Chungking Express,” and going with a Wong Kar-wai double feature of “In the Mood for Love” (2000) and “Happy Together” (1997). The films are in some ways more challenging (some might say more opaque, while some might offer another kind of critique), and the first one — “In the Mood” — is usually one I use in my Gender course. I may use it in both courses, or trade it out in the Gender course for Ang Lee’s “Wedding Banquet.”

But in any case, both films are gorgeous to watch, and both focused not only on Hong Kong, but also on inter- and trans-national themes (“Happy Together,” for one, is set in Argentina), as well as issues of gender, sexuality, memory, violence, and time. I’m working up a reading list to accompany them. Suggestions welcome, as always…

How to get a new group of students comfortable talking in the classroom?

One idea: have the students each assemble a group of images that represents themselves and their interests. Have them post them to the ‘net and then introduce them to the class in a session during the first week. (Thanks for the suggestion, and the report of good results, Krystyn!) 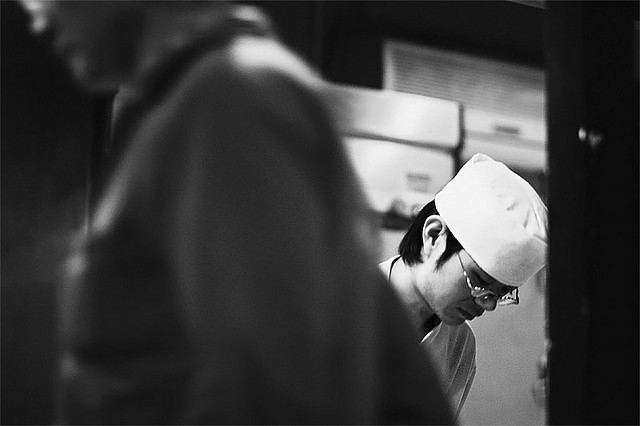 And yes, when testing the idea out on myself, what was the first thing that came to mind in response to “what am I about?” Apparently that Rorschach invokes my favorite Taipei eateries and 飲茶 indulgences, among other inkblots. (See above.)

Back to the important stuff: I’m also going to use this image exercise to introduce the students to Flickr CC—and the notion of creative commons itself—as well as The Commons on Flickr as an archival resource, and then let them also use it as a way to explore the WordPress interface at umwblogs that they’ll also be using throughout the course.

CC, FlickrCC, The Commons, WordPress, all in one exercise. First week.

What I’m looking for now is a plugin that allows for better display of images within a post. I’m currently using WP-Cycle above, which is handy but also fairly linear and which crops the images significantly. [Correction: had been using WP-Cycle, but amid some website overhauls, I’ve been uninstalling and reinstalling plugins… so went back to plain images for now. No circulating shots at the moment…]

I’ve noticed that wordpress.com (as opposed to .org or our umwblogs current version of WP engine) has tweaked their gallery options to allow a “tiled” presentation (see below the text blab here) — does anyone know if there’s a decent plugin that will allow something similar for displaying galleries this way? I want to keep it within posts, or perhaps pages, but not something that’s going to transform the entire site into a photo page itself. Suggestions welcome, y’all.