It’s not a Ford, it’s a Mustang 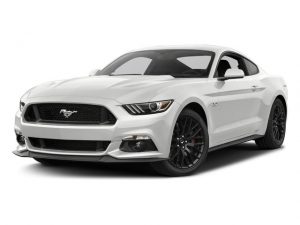 How would you rate a Ford?  Do you place it among some of the coolest cars in the world?  Probably not, but a Mustang is different.  What this represents is that a product can have two reputations.  There’s the manufacturer (Ford) and the product (Mustang).  Our (my colleague Mooweon Rhee and I) studied this scenario and found that people can perceive the manufacturer one way but then they perceive the product in a different light.  What this shows is that firms which may not have the best reputation can benefit by focusing more on building the reputation of the product instead of the reputation of the firm.  You can read the article here: MIP-11-2017-0309

Is liberalism the new rule of law?

In 2015 Kim Davis’ expedient rise to fame made her the new face of Conservative Christian values. The Kentucky County Clerk captured the public’s attention after refusing to issue a marriage license to a same-sex couple on the grounds that it violated her religious beliefs, despite the Supreme Court’s ruling to legalize gay marriage. Davis argued that she “didn’t have to think about [refusing licenses]” because regardless of how the laws change, her beliefs never would.

Davis argues her detainment was a direct result of her controversial belief that marriage should be exclusively between a man and a woman. The opposition contends that Davis was detained because she refused to comply with federal law – legalizing gay marriage in all 50 states.

Naturally, this debate broadened to considerations of personal freedoms. Conservative Christians who believe, as a result of their religious affiliation, that marriage should be exclusively between a man and a woman argue their freedoms of speech and religion are threatened or infringed upon by the legalization of gay marriage. Conversely, members of the LGBTQ+ community argue that denying them a legal marriage for any reason, religious or otherwise, establishes that they are inherently less and don’t deserve the same rights – a clear suppression of freedoms.

The true underlying argument, made by Davis and those who support her, is that the government should not be able to pass a law that requires them to suppress or abandon their religious beliefs.

The counter-argument is that democratic governments, having to serve the best interest of the majority of the population, tend to make decisions based on a loose interpretation of utilitarianism – argues that the “right” action is the one that brings about the most happiness in the most people. Though it is thought to be an impossible feat, democratic governments (generally) try to keep the wellbeing and interests of the majority of their citizens at the forefront of their decision-making.

When the understanding of ‘freedom’ is looked at from a personal perspective it becomes subjective nature – making it more difficult for governments to protect it.

Foucault, freedom, and the struggle to understand politics

Freedom has two major definitions: 1) the absence of restrictions and 2) the power to do something. Foucault’s ‘soul’ forces us to abide by only one definition.

In ‘Discipline and Punish,’ the definition of ‘soul’ – “born of methods of punishment, supervision, and constraint” – differs from those offered by Christian theologians – that the soul is born of sin.

Foucault argues that the soul wields a certain power and influences knowledge, Essentially, he describes the soul as the non-physical space in which knowledge and power engage in an internal conflict. From this soul comes a person’s “psyche, subjectivity, personality, and consciousness.” Without this soul, neither scientific innovation, humanism, nor morality would exist.

Another fascinating assertion in Foucault’s explanation of the soul is how he incorporates political anatomy – his idea that humans are controlled by external objects and forces.

The definitions of soul and political anatomy render the notion of liberating a personal, internalized power mute since the definitions make it clear that individuals have no control over the inherent power they possess.

These definitions also indirectly suggest that representative democracies as we understand them are not possible – by the people, for the people. Foucault claims that the soul provides individuals with the ability to employ intellect, reason, and creativity, meaning it is the soul – something external from the individual – that is creating laws and practicing governance.

However, Foucault doesn’t address whether concepts like political or regime legitimacy – political power concepts that are considered to be significant indicators of administration or regime success – are possible under his definition. This question also incorporates a debate among political scholars as to whether governments should be understood on an individual or systemic level. This definition of soul would make both of those considerations irrelevant since people and political structures are made up of individuals existing under the assumption that individual decisions carry weight.

For politics to work, both individual and systemic powers have to exist. Given this, is hard to apply Foucault’s and still provide substantive reasons for the actions of governments.