As our spring semester comes to an end, so does Digital Storytelling, and all the assignments that come with it. Although this is bittersweet, I am glad that I’ve acquired the skills that come along with this course, such as my personal favorites: animated gif assignments, web assignments, writing assignments, and visual assignments.

I’ve put a considerable amount of thought into my final project for Digital Storytelling. As I pride myself in my writing and my digital studies abilities (as I’m a Communications and Digital Studies major), I’m looking forward to finishing this assignment.

As my favorite series is Harry Potter and I’ve used the concept a lot in this class… I figured it was only fair and fun to use Harry Potter as a concept in my final project.

This is it. I’m going to present: Harry Potter: The Musical Rap. The excitement is real. The suspense is real. The time I’m spending on this project… is real.

I’m going to use audible to mix together all of the different voices into the final rap. I’m going to use all of my favorite character’s voices (as an audio assignment) in this rap by incorporating all my best friends to make the assignment even more enjoyable… here is the list: Harry Potter (Me, Sara), Draco Malfoy (Reina), Ron Weasely (Diana), Severus Snape (Rebekah) and Hermione Granger (Mara).

This will be called Harry Potter: The Musical Rap. Here is a preview of the rap (as a writing assignment):

“Harry Potter.. I’m about to own this… Ain’t even gotta use my patronus…”.

“Draco Malfoy on the beat… All you mud bloods is weak… I’d say I’m pretty savvy… Don’t believe me? Go ahead and ask my Daddy”.

“I’m the fifth Weaseley but that don’t mean I’m measly… I’m representing’ Gryffindor, watch me win this quidditch match after I score”

“I’m the mudblood Hermione Granger… keep your wand handy or you’ll be in danger… I’m the best in my class, try to hex me and I’ll whoop your ass”

“Yo it’s the half blood prince… And I played for both magic teams… I joined Dumble’s army since… Yet I still see Lilly in my dreams.”

I will have all of my friends that play all five characters (including myself) dress up in costume. I will take videos of them as their characters, and create it into gifs (gif assignment) that I will include within the rap as a video (video assignment).

Lastly, I will photoshop a picture of all the characters (my friends dressed up) together, and will add a background that makes it look like it came out of a Harry Potter movie set.

Advertisements to encourage voting in Virginia – a battleground state

Voting rates among eligible students has historically been quite low.  Less than 60% of students vote in federal elections and the rate is even lower for regional elections.  This year’s presidential election can be decided by a few key states and Virginia is one of them.  With over 500,000 students in the state of Virginia, students in Virginia could not only decide which candidate wins Virginia but also which candidate becomes the next President.   This year’s Mktg 301 class was tasked with creating ads that encourage their peers to get out and vote, take a look, hopefully they work.

Create Your Own Room

@ds106dc #dailycreate #tdc1557 #ds106 Greece… somewhere I may never visit although would love to. pic.twitter.com/qESxPttd05

@ds106dc #tdc1558 #dailycreate #ds106 "I see that you already have several flowers in your left hand, but let me pick another one for you"

For this assignment worth 3 stars, I decided to do a trip that I would love to take across Europe since I’ve always wanted to.

This took me about fifteen minutes, I looked up the places on Google maps and made the trip using Google maps, so it was pretty easy. I really enjoyed this and hope I can take the trip one day!

Here is my trip across Europe, from the Big Ben in London, England to the islands off Greece: 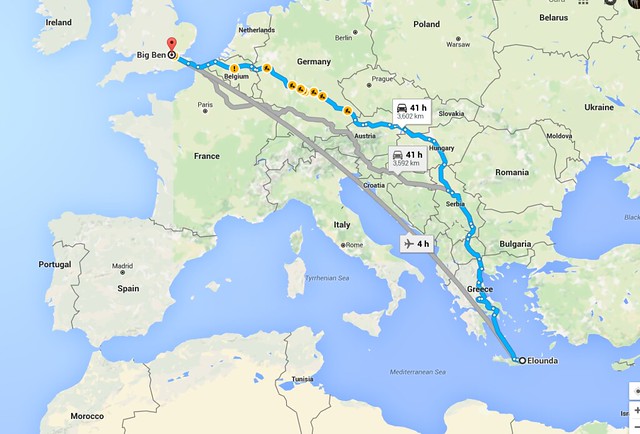 The story of this trip would be that I would start up in London, England at the Big Ben and end up driving with a bunch of friends to go to Greece. We wanted to explore the countries in Europe, and thought a road trip would be a perfect idea for a week long trip. However, when we got to Greece, we decided we would want to go to the island off the coast called Elounda, because that’s where one of our friends said the water and beaches were amazing, and we love beaches. We decided to take a small boat across the coast of Greece to get to the island of Elounda. We nearly died on this boat ride, because there was an unexpected storm and the water was terrifyingly rough. However, we made it safe to the island of Elounda, and enjoyed the beaches and our stay there!